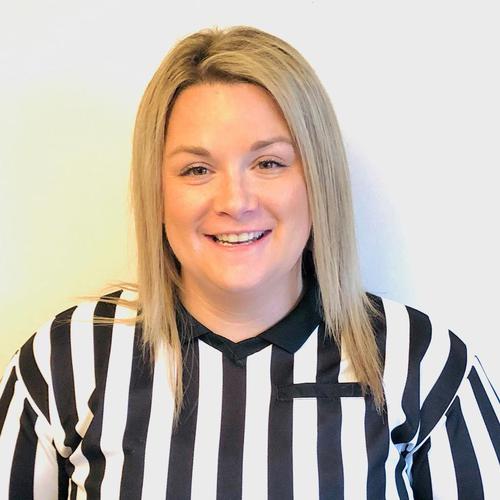 Girls in the Game

Talks covered by this speaker

Recruiting Umpires for the OWFL

Rachel Johnston has been an OWFL on-field official since 2005. She has been selected twice to represent Canada at the World stage for on-field roles (England, 2017 and Peterborough, 2019). Rachel received “The Molly McIntire Award” in 2015 and again in 2018, and “The Jane Acton Award” in 2016. She is currently the Director of Officiating in the OWFL, and is certified annually as an official to work in the OWFL, OUA and USA.

Rachel grew up in St. Catharines, Ontario, playing hockey, volleyball, lacrosse and was a gymnast growing up. She began her lacrosse career after her brother started playing in the St. Catharines Athletics Association. However, growing up she had the opportunities to play for Team Ontario and made the Top 25 for Team Canada. In addition, she coached in the SCMLA for the U15 and U19.

She currently resides in St. Catharines and is hoping to be a member of the 2022 World Lacrosse Women’s Championship officiating team in Towson, Maryland. Rachel focuses on the recruitment, retention and development of all officials for the OWFL.

Your logo could go here!

If you'd like to get your brand in front of attendees following the categories this speaker is talking about (on this page, via email and during each talk) contact us.
We use cookies This website (and some of its third-party tools) use cookies. These are important as they allow us to deliver an exceptional experience whilst browsing the site.